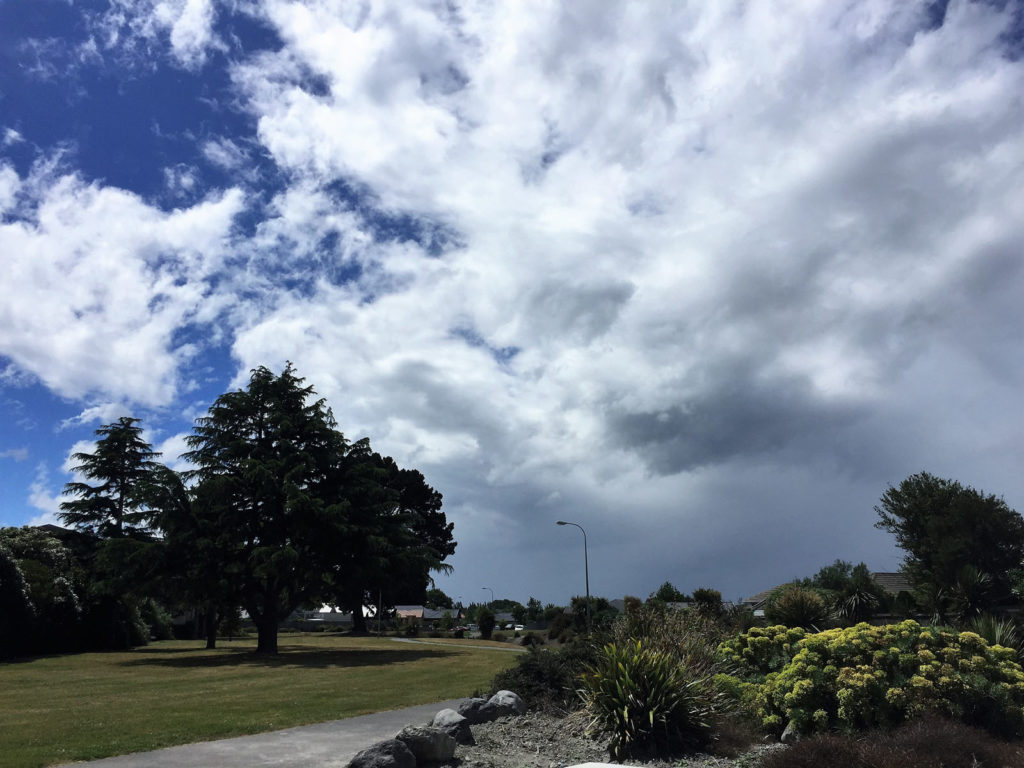 The transition from Fiji to New Zealand was stark. Where Fiji had been hot, NZ was chilly. Where there had been sun, now cloud. New Zealand is called Aotearoa: “Land of the Long White Cloud” in Maori. It’s a very accurate description. The flowers and plants, however, don’t reflect the color of the sky. Roses and lilies are bursting open everywhere and there are colorful bursts of bloom dotting the landscape. It’s also delightful gaining more daylight because the sun sets at 9pm here as opposed to 7:30 in Fiji. I was sorry to put my sweaters back on, but actually happy to give my mosquito bitten legs a chance to heal.

Jackson wasted no time jumping back into his life in Christchurch. After arriving at the airport he needed to go and run a rehearsal for a concert he would be giving. I spent the afternoon wandering around The Tannery with Bronwyn, my mother-in-law. The Tannery is an upscale shopping center that has the look and feel of a fancy mall one might find in Williamsburg, Brooklyn (if that area had more space!). There are lots of little boutique shops and cafes. It’s a great place to wander and window shop although I would not call it cheap. Bronwyn would pick up a leather bag and ask me quietly if $300 bags were common in New York. Uh. Maybe if you were shopping at Saks Fifth Avenue? I don’t know, I don’t buy leather bags. If I did, I’d probably get a bag for cheap at TJ Maxx.

Jackson’s concert went really well. We were worried that there wouldn’t be enough of a turn out  because there wasn’t a lot of press for the event. Jackson had done a radio interview, and there was a little bit of buzz on Facebook, but otherwise it felt quiet. Quite the opposite! The room was almost filled! Go, Christchurch! Apparently just being from New York City is enough of a draw to get butts in seats. People seemed to really like the music, too (of course they did, I love Jackson’s original work!). I was thrilled for Jackson and it was really lovely to see him so happy and passionate about what he was doing: he was glowing, flitting around the room chatting with people and beaming with joy.

The Christmas season is alive and well in New Zealand. This part of the world quite a unique place to celebrate the holiday that was created with the idea that Santa wears furs and snow is a thick carpet everywhere. Here: the days are long, the weather is warming up, and people are going on summer holidays.

I went with Jackson’s parents (Bronwyn and Brian) to pick out a Christmas tree. I remember doing this 3 years ago when we came down last, and being totally shocked by how different the Christmas trees are here. They’re still the same: like a Christmas tree had a baby with a pineapple bush. The smell is quite citrusy and the pines are very long (some of them curl at the end). To me, the trees look more like bushes trying to be trees, but their strange loopy manner is really endearing and a nice change from the traditional triangle found in the northern hemisphere.

At the farm we picked a tree and someone cut it down with a few scrapes of his saw. I envy the areas where you can pick a tree that is still in the ground and get it fresh. In New York the trees are shipped from Canada and can be several weeks old before you bring them home. I was studying all the stumps at the farm and trying to distinguish which of the tree stumps were cut that day or several days before. I liked sleuthing around as the family chose their tree.

Christchurch was hit by a massive earthquake in 2011 which did a huge amount of damage to the city. It’s still rebuilding and coming back and as a result there are a lot of construction sites and scaffolds all over the place.

We went to Bloody Mary’s in celebration of Jackson’s 30th birthday. It’s a bar and steak house which had delicious food (I had a delightful fillet steak with truffle mashed potatoes) but a severe lack of excellent service. I was shocked that the prices this restaurant was demanding for their food (a steak will run you about $40-60NZD) was giving the kind of service one could expect from a diner in The States. Brian and Bronwyn told me that this was what life was like in New Zealand, that food service is just not as good as The States because of the tipping culture there. I guess I’m really spoiled, then. I remember the service in Poland being pretty crappy as well, but chalked that experience up to the places I was eating (I didn’t go out to eat at fancy places). 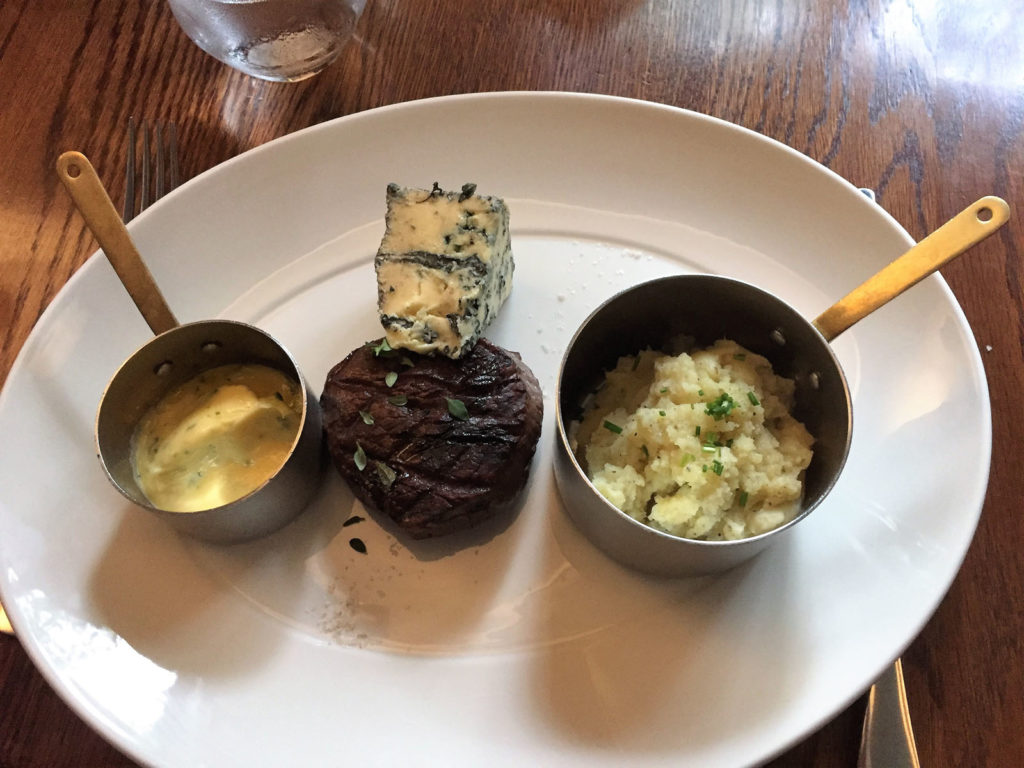 After the dinner, we went over to Margaret Mahy playground which opened relatively recently. It’s an AMAZING playground! Jackson and I climbed all over it! There was an awesome slide, ropes to clamber over, trampolines, and water to play with. It was all beautiful and clean and if I had been 10 years old I would have cried for joy. This park is one of the best playgrounds in the world and I could totally see why. Worth a visit!! Also, really glad to have a chance to work off some of that delicious dinner which was so full of butter I felt like I was sweating it by the time we walked back to the car to go home. 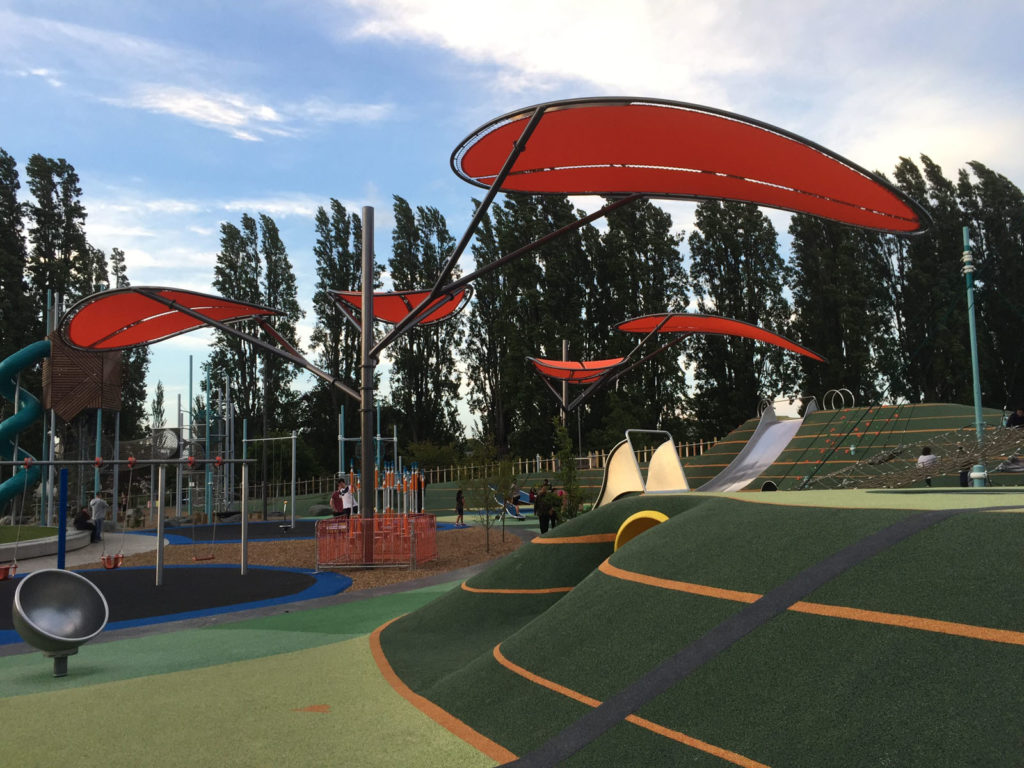 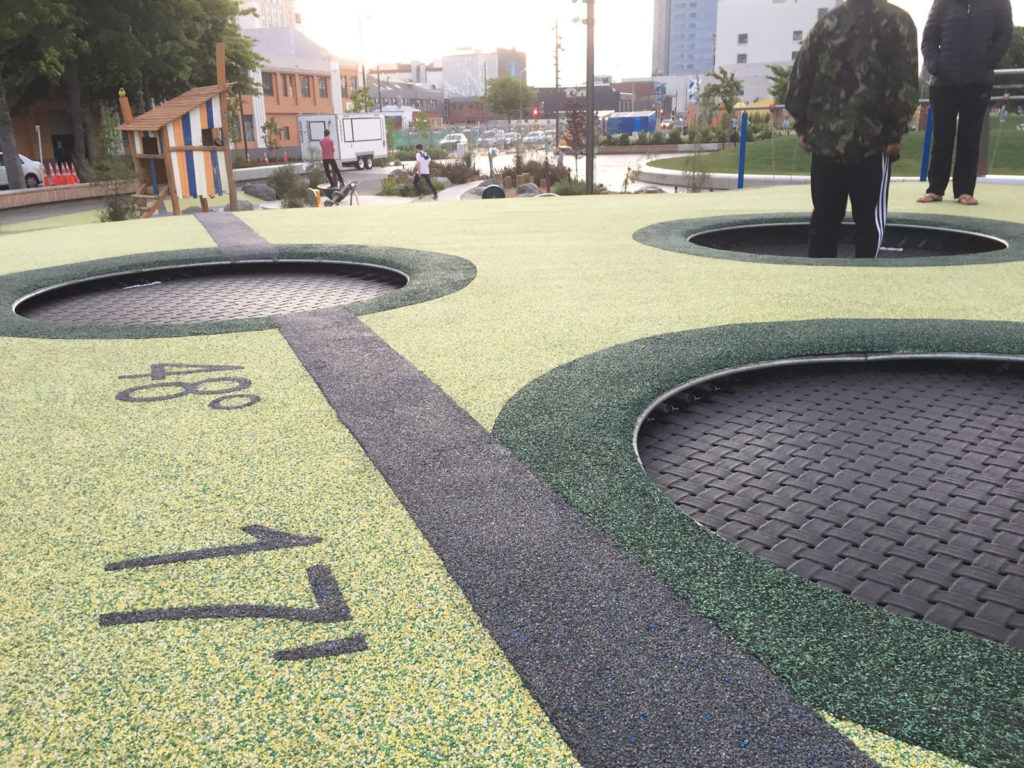 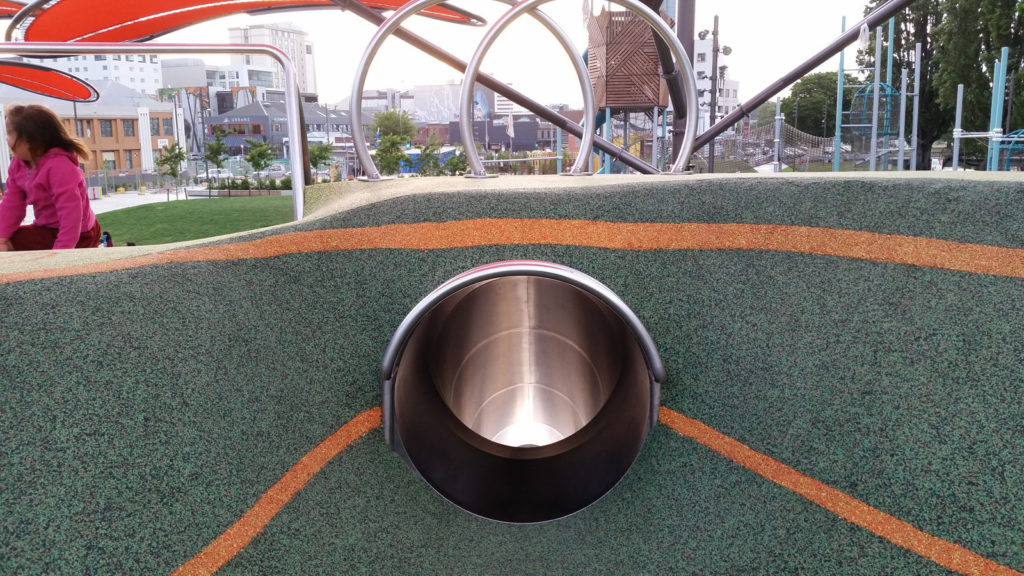 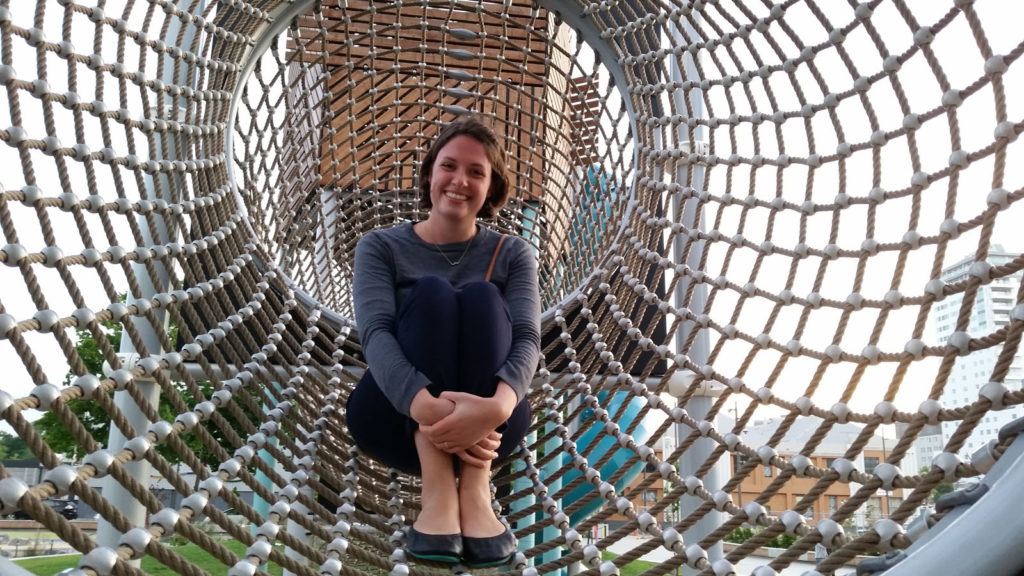