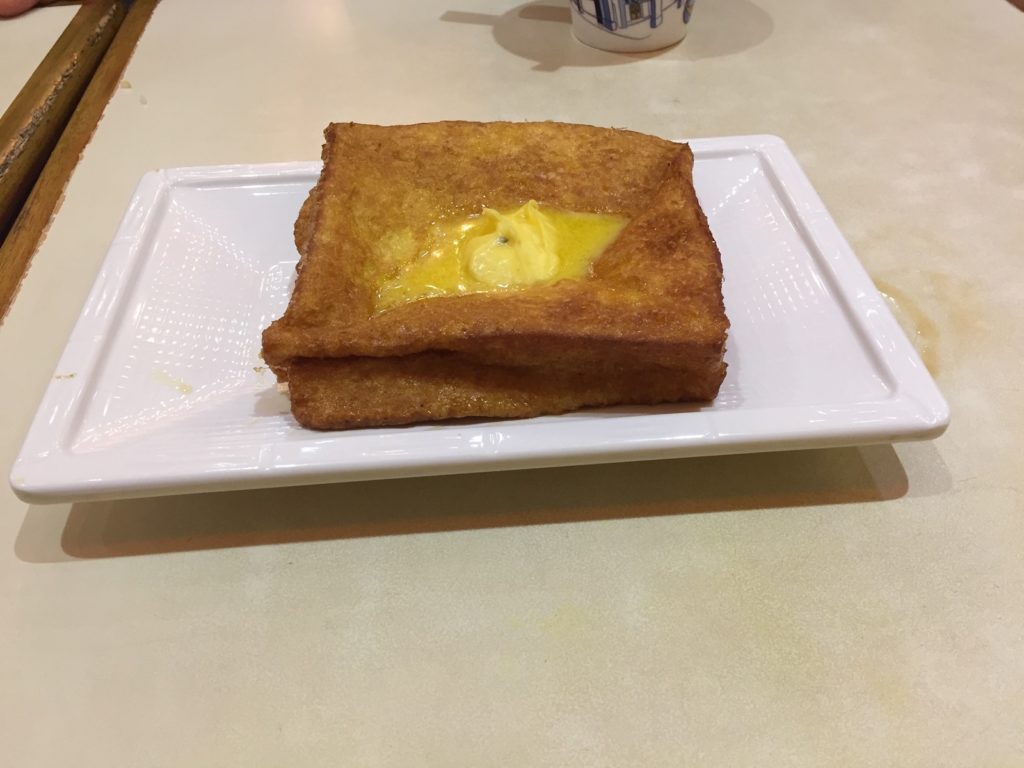 Jackson and Andy have known each other since they were boys in New Zealand. Andy and his girlfriend, Venus, came to our wedding a few years ago and were one of the few guests who traveled internationally to come to our marriage! I was only able to meet Any and Venus briefly at the wedding, so I was looking forward to getting to know the two better now that we were visiting their home city.

Andy’s older brother, Josh, came to meet us at the train station and kicked off the beginning of the most epic day of eating and exploring we’d had in a while!

Our smorgasbord started with: “what would you like to eat?”which is a question we get asked a lot on this trip. It’s an innocent question, but as a traveler it can be difficult to answer. The first thing to come to mind is: everything, but I hate when people tell me that they “…want whatever, doesn’t matter!” because that’s such an open-ended statement. I try very hard not to impose that burden on my host so, in general, my answer revolves around some good inter-cultural stand-bys:

We were lead through expat cafes full of Westerners drinking flat whites and eating bagels.

We were shown “Man Mo” temple, where students go to pray for better grades. It’s very old and traditional.

I had my first Hong Kong style French Toast, which, let me tell you friends, is a very dangerous treat. It is deep fried white bread sometimes served with chunky peanut butter. It’s topped with a HUGE pat of butter and then drizzled with honey. I… couldn’t stop eating this thing when it came out. Andy and Venus took us to a little diner-like-place and ordered it along with some Hong Kong Milk tea which was a very strong tea that accompanied the French toast perfectly. Venus joked that this treat could get you fat very quickly, uh… yes.

We took a cable car…

We took a ferry

We also took a train and a bus to get around town when we weren’t walking. Along they way Josh or Andy would point to something (usually lit with a red light and lanterns covered in Chinese) and ask if we’d tried whatever that was. Nope! Then, within minutes, the item (usually still warm and fresh) was in our hands and mouths. Egg tarts! Pork buns! “Have you had Hong Kong sushi??” I felt ready to burst I was so full by the time evening started to roll around.

We ambled along the Hong Kong Island pier as Andy gave us more tid-bits about Hong Kong’s history and current events. He’d point to a building and say something like “That’s the building Batman jumped off of in the most recent movie” or “There is a lot of reclaimed riverfront, the ferry ride has gotten shorter and shorter over the years. There’s not enough space for the city!” I enjoyed his remarks as they filled in the narrative of Hong Kong more.

Catching the ferry over to TST again we set out for dinner. Our hosts found a delightful street filled with locals and local style food and then ordered us a feast. Venus would look at the menu and then at us, peppering us with “Have you tried…?” the answer was mostly “no.”

At our outdoor feast, I found it interesting when the serving lady came out with a big pitcher of hot tea. I was ready to fill my cup with the brew when Venus grabbed my chopsticks, filled my cup and then dunked my sticks into the tea. As she did so she explained that the first pitcher of hot tea is used to cleanse the cutlery and cups. You then dump the tea into a bowl to throw away. Then the waiter will bring you another pitcher of slightly weaker tea (but better for drinking) which you can drink. Andy explained that this was a tradition started a while ago that is not necessary any more, but still practiced in some parts of the city. Cool. I’ve never washed my dishes with hot tea before eating!

Coming back to our tiny hotel room we prepared to crash: utterly stuffed and exhausted. We’d gone all over and seen so much and there was another day coming. It took me a while to fall asleep because I felt so claustrophobic in that tiny room. Damn, that was a tiny room!