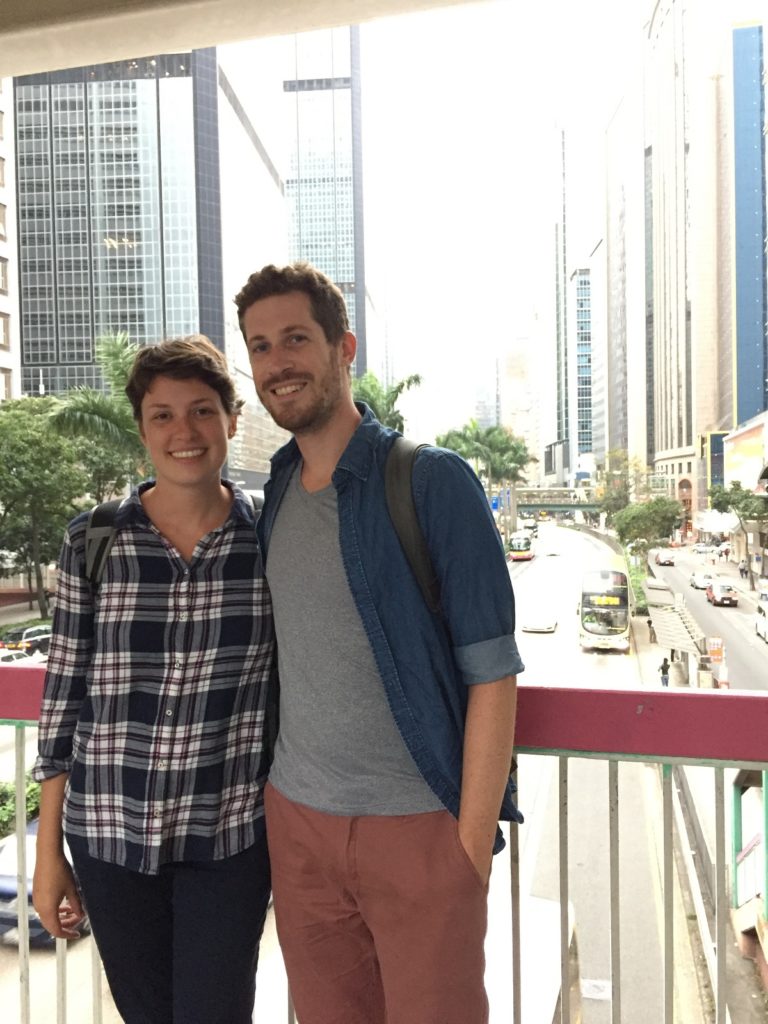 To kill some time in the morning before meeting up with Andy and Venus again, Jackson and I went to the “Hong Kong Museum of History”. I found this title amusing because the stronger English collocation would probably be “The Hong Kong History Museum” I imagined that the real “Museum of History” was a museum dedicated to the study of history and all that is done in the subject, ie: “Look! Books about history!” “There are movies made about history!” “Over here are some pictures of famous historians who study certain things that happened in history!” And the forever puzzling question posed to visitors as they walk in: “At what point in the past is history history or is it just the past? YOU decide!”

Instead, this museum went into very detailed explanations of Hong Kong’s birth, literally, from the sea. There was the geologic timeline of Hong Kong and then the political history right up to World War 2 and beyond. It was an interesting exhibit and highlighted how little I knew of this small but influential place in the world. (The museum was free).

After meeting with our hosts, Andy and Venus explained that on Sundays the house workers that come to Hong Kong to cook and keep house for families have a day off. Therefore: every scrap of usable space that could have a tarp and a picnic is filled with the house workers who take the opportunity to be outside and among friends. Despite the on-and-off rain, there were thousands and thousands of people lining the stairs of subway stations and lolling in groups on overpasses. Some of them were singing and dancing. Andy explained that a lot of the workers come from places like the Philippines, which is very Catholic, therefore they sing hymns and read the bible together on Sundays.

We had another helping of Hong Kong French Toast and tea to kick off the day right. This time the French toast did not have peanut butter and I have to say that this version was lesser than the peanut-filled creamy goodness we had the day before.

Andy took us to a different part of Hong Kong in order to see some of the islands and smaller-town life that people outside of the downtown center can enjoy.

Going to the docks was lovely! It took us about 45 minutes from downtown to get out there and we had to take a strange bus(?) …I don’t know what to call it. It was a large van that seats about 16 people and goes racing around Hong Kong delivering people like parcels to where they need to go. Our guides explained that some of the van drivers get paid per person and therefore go as fast as they can to get the people where they want to go so they can pick up as many passengers as possible. As a result of this plan, these vans will go WAY above the allowed speed limit. Recently, they installed meters in the vans to keep the drivers honest. The meter displays above their heads and projects how fast the van is going. If it goes above 80kph an alarm goes off. I had fun watching the numbers spin on the meter and get dangerously close to the 80 mark. It only went over once.

Venus ordered us so many types of dishes. I can’t begin to explain what their names are or what they were called. She’d walk into a small alleyway and find us chairs and order delicious rice balls covered in peanut butter sauce or fried squid or pieces of fish balls to sample. (I don;t like fish balls, so this was a loss for me).

Hong-Konging with a local is priceless, folks.

We rounded off the day eating a FANTASTIC array of dumplings from a tiny stall Venus found on a food App. She claimed to have never been to this place and was trying it for the first time as well. The picture of it is below. If you can get Chinese characters on your phone, I recommend trying to find this place for dinner. It was fabulous! (Unfortunately, I have no pictures of the dumplings because I was too busy eating them).

I really enjoyed walking around Hong Kong with our friends and seeing a small glimpse of what Chinese culture is like. I know Hong Kong is very different from mainland China (the locals INSIST that it is completely different and that you should not confuse the two!!). I hated the hotel we were in, but the city was a gem. The next time we come back, I’d like to see more of the islands and maybe catch a ferry to Macau. Until next time, I’ll dream of those dan-dan noodles and all the savory deliciousness of the Hong Kong french toast.