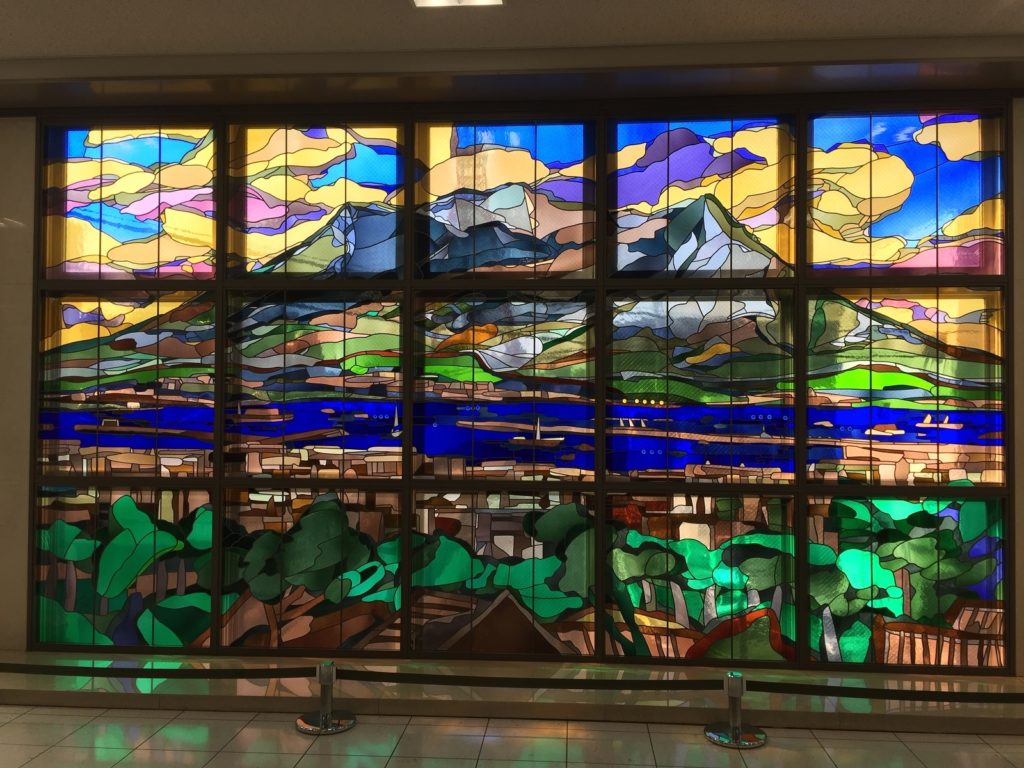 Stuck with nowhere to go because everything was sold out, we decided to take the train to the last stop and check out the Volcanic island of Sakurajima and Kagoshima: the city that lives in its shadow.

I’ll start with what I know you’re dying to hear about: The Bullet Train (or: The Shinkansen as called by the Japanese).

This train is sleek. It’s quiet. The interiors are comfy and cozy. The windows are large and allow the passenger a generous view of the landscape whizzing by. The announcements on the train come with a chime, usually a few seconds long, that gently catch the attention of the people in the car before announcing in Japanese and English what stops are coming up. The trains are spot on with their timing. If your ticket says you’ll arrive in Ueno Station at 10:42am you had best believe you’ll be pulling in at 10:41 and stepping off your train as the second-hand ticks to 10:42. It’s uncanny.

When we went to the ticket agent to reserve seats for Kagoshima, a 4.5 hour train ride from Osaka, the agent was polite, helpful and smiled the whole time. All of the ticket agents did. We booked tickets all over Japan from the North to the South; through major cities and smaller towns and NOT A SINGLE AGENT was any less kind, helpful and direct than another. Folks: I’ve gotta give it to the Japanese, they take customer service to an entirely different level.

Prior to arriving in Japan all visitors should consider buying a Japan Rail Pass. The JR Pass is a one-ticket wonder. The price tag is steep if you are traveling on a shoe-string back-packer budget, which is why I think Japan is not the country to visit if you’re broke, but the pass pays for itself several times over over the course of the trip. Jackson and I bought the 14-day “ordinary” pass which allows access to all of Japan. Our tickets cost ¥46,390 which is about $424USD each. There are first-class passes available as well. There are also regional passes. You could get a pass only for the island of Kyushu only or Hokkaido, it depends on the kind of trip you want. The regional passes are cheaper.

Once you get a pass you can ride anything associated with JR rail, including city lines. It’s awesome. You simply flash your green card at the gate agent and walk onto a train. I love it.

Ok, so, back to Kagoshima.

Kagoshima is unremarkable except that it sits in the shadow of an active volcano called Sakurajima. This volcano is very large and will occasionally belch ash. When reading up on the city, some blogs warned that there is the normal weather report, but then also a falling ash report: yikes! But, COOL.

I’ve never seen an active volcano. Unless Yellowstone’s caldera counts? In any event: Sakurajima was awesome. We needed to take a ferry from Kagoshima to the volcano which took 15 minutes and was about ¥170 (about $1.50USD). Again with the Japanese service! There was a ferry that ran every 15 minutes from the city to the volcano 24-hours a day. And these ferries were not late: they worked like a clock. Incredible. I was reminded of the service the Staten Island Ferry provides to New York City and chuckled at how far we need to come to match this level of succinctness. 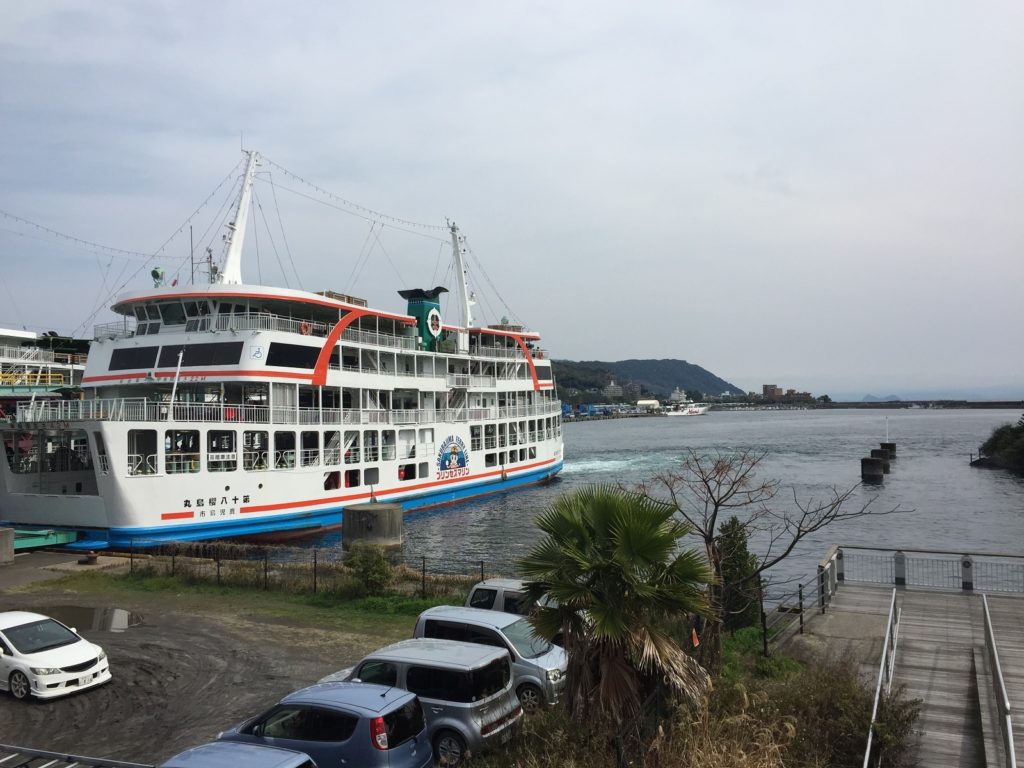 Jackson and I got really lucky. It turned into a gorgeous day.

We walked all over the volcano. Jackson took us on a 4-hour loop looking at different vantage points and art in the park. I was exhausted, but really glad to be out in the beautiful sunshine and warmth. There were hardly any tourists there and we had our pick of the cherry blossom trees to take pictures in front of. I couldn’t get enough of the volcano. It was stunning.

After our walk, we settled into a hot bath for our feet (and DAMN it was hot) and struck up a conversation with a lovely family who was visiting Kagoshima for the weekend. They were so nice to us! The wife wrote down some phrases that she thought we should know in Japanese and they turned out to be very helpful to us along our trip. 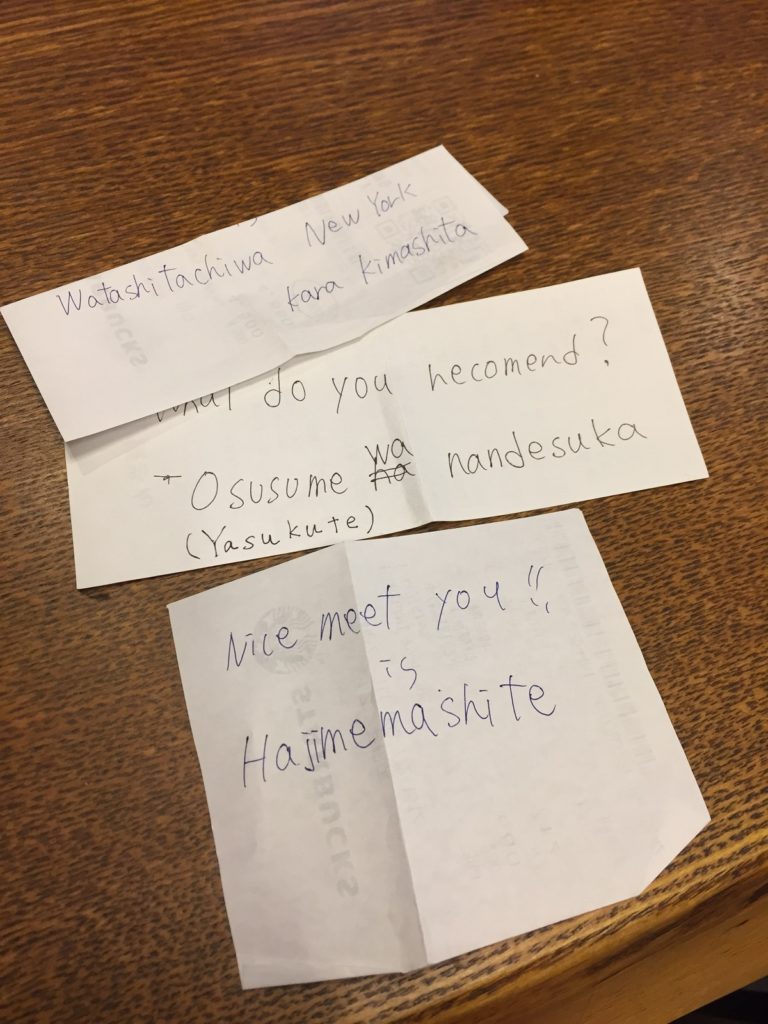 This family was so friendly and nice that the father apologized to us because he didn’t have a car large enough to take us home in. Sir: we in no way were expecting you to drive us home and are perfectly happy getting back ourselves and also you were so nice to us anyway that it really does not matter! So sweet! That was what most of our experience with the locals was like. 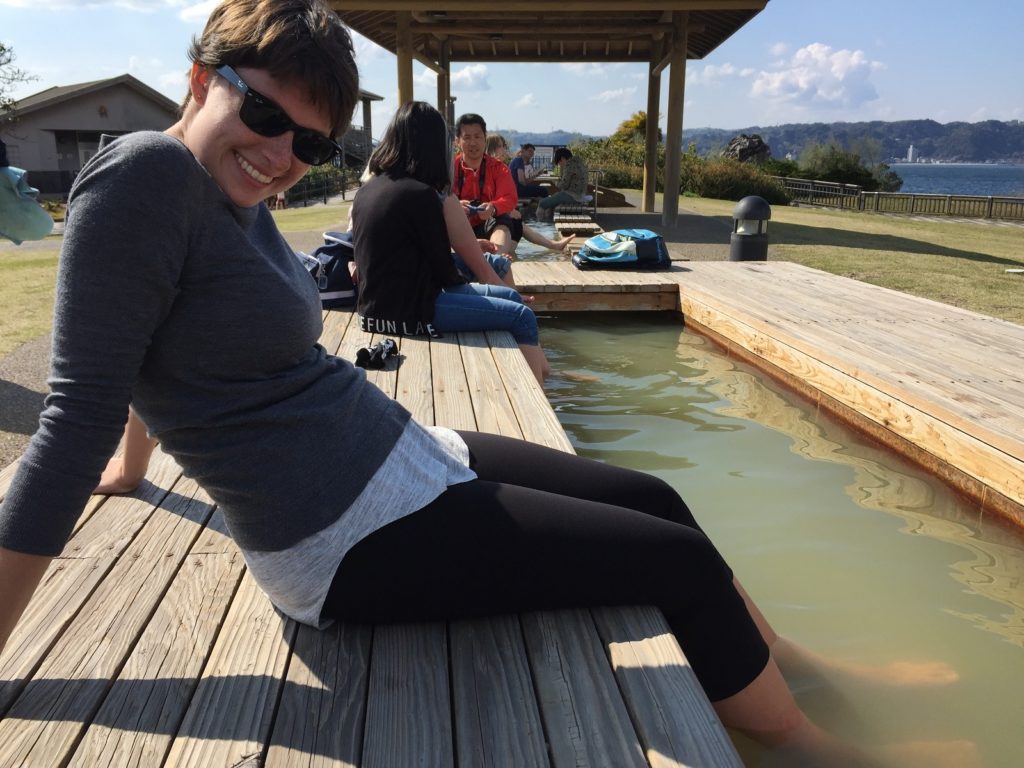 The golden sun slanted across Japan. The bay of Kagoshima was full of drifting white seagulls against a blue sky and rolling white clouds lazily ambled across the horizon. Jackson and I soaked our feet until they were pink and then decided to catch the ferry back to the city. 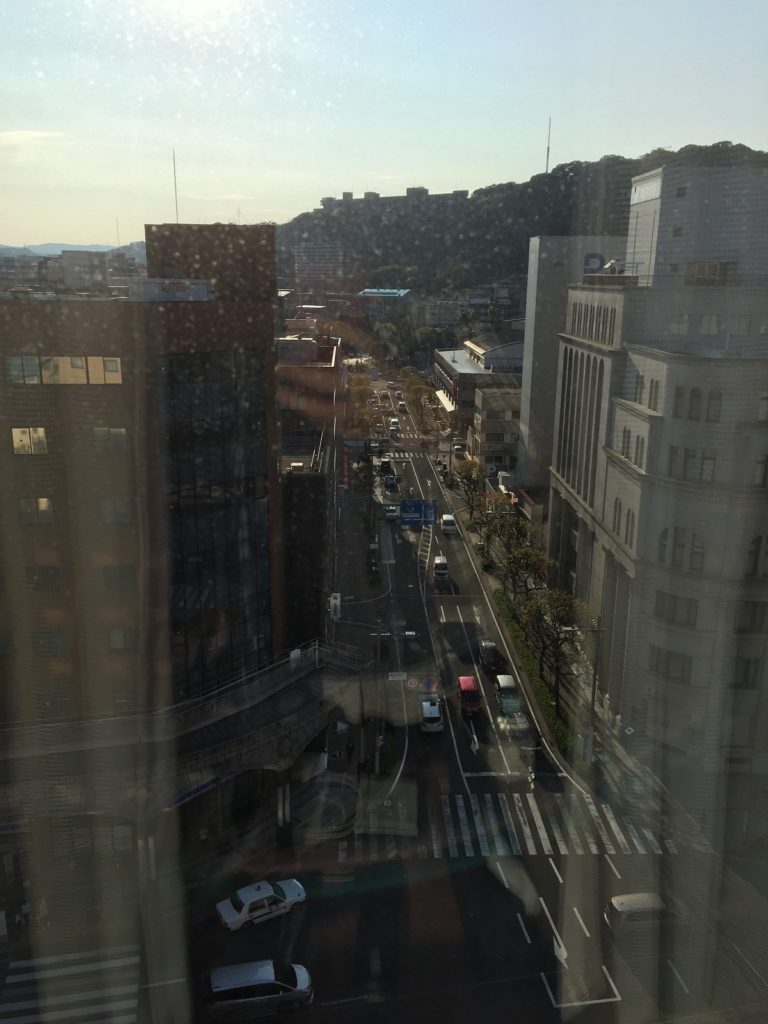 It wasn’t until we got back to our room in the hotel that we realized we were red-lobster style burned. Whoops. Didn’t put on sun screen and we were idiots. The trip was so worth it anyway.