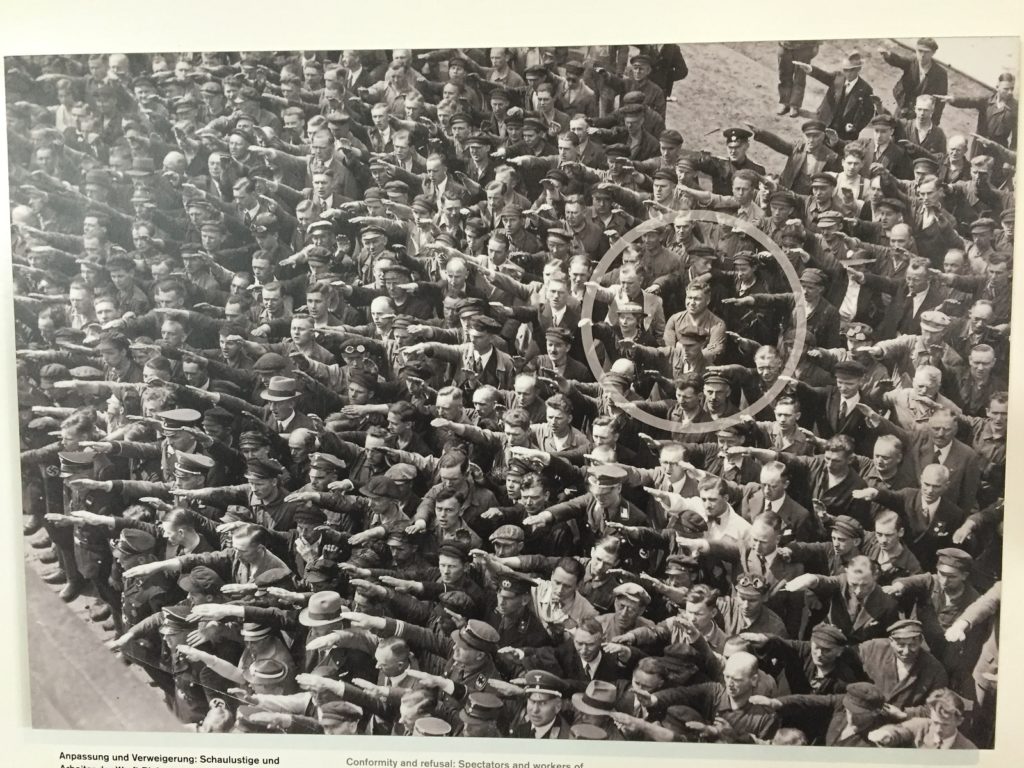 In Fiji we met a lovely couple (Charleen and Robert) who lived in Berlin and offered an invitation to come visit. We beat them home by 7 months (they’re still travelling the world).

That’s ok, Jackson had a friend he knew from high school in Christchurch who offered to put us up if we came through. Yay! Thanks, Takumi!

Takumi stayed with his girlfriend while we were in town and then went off on tour so we didn’t get a chance to spend too much time with him (other than crack open a couple bottles of French wine and eat some of the delicious cheese that Felix gave us back in Cologne). Takumi’s roommate, Sam, was also at the apartment and we got to hang out with her. Sam’s from Australia originally, but moved to Germany years ago and can speak German and is making a living as a singer and generally being a very colorful, expressive person.

I really enjoyed spending time with Sam, she was insightful, smart and eccentric. At one point, the three of us sat down to a yummy dinner and talked about family, the future and feeling crazy; it was great! Totally unexpected and welcome.

Berlin didn’t spark a flame in me like I hoped it would. The grungy aspect to the city was there in full force and I got the feeling that this place was what New York was 15 years ago: full of empty spaces, graffiti and questions about the future. I wasn’t a fan of the grunge, to be honest. Paris’ funk was, well, romantic, Berlin’s was just stinky.

As Jackson and I explored some of the remains of the old SS building- where the secret police were stationed and Himmler carried out some of the most despicable acts of the Second World War, I was very impressed by the displays and language used. The Germans didn’t beat around the bush. There was no softly worded “millions of people were killed” instead it was “millions of ___ were murdered by the Nazis” (you can fill in the blank with Jews, Gypsies, Homosexuals, Soviets, etc…). There were hundreds of pictures and descriptions about the rise of Hitler and Fascism. I felt chilled reading the history again. So much of it seems eerily familiar to the rhetoric of Trump’s administration.

Some of the memorials in the city were very well done. The memorial dedicated to “the Jews murdered by the Nazis” consists of large concrete slabs that are lined up in a square. Walking through the memorial elicited a lot of feelings: claustrophobia, feeling trapped, somberness, instability and darkness. It was an incredible piece to walk through. 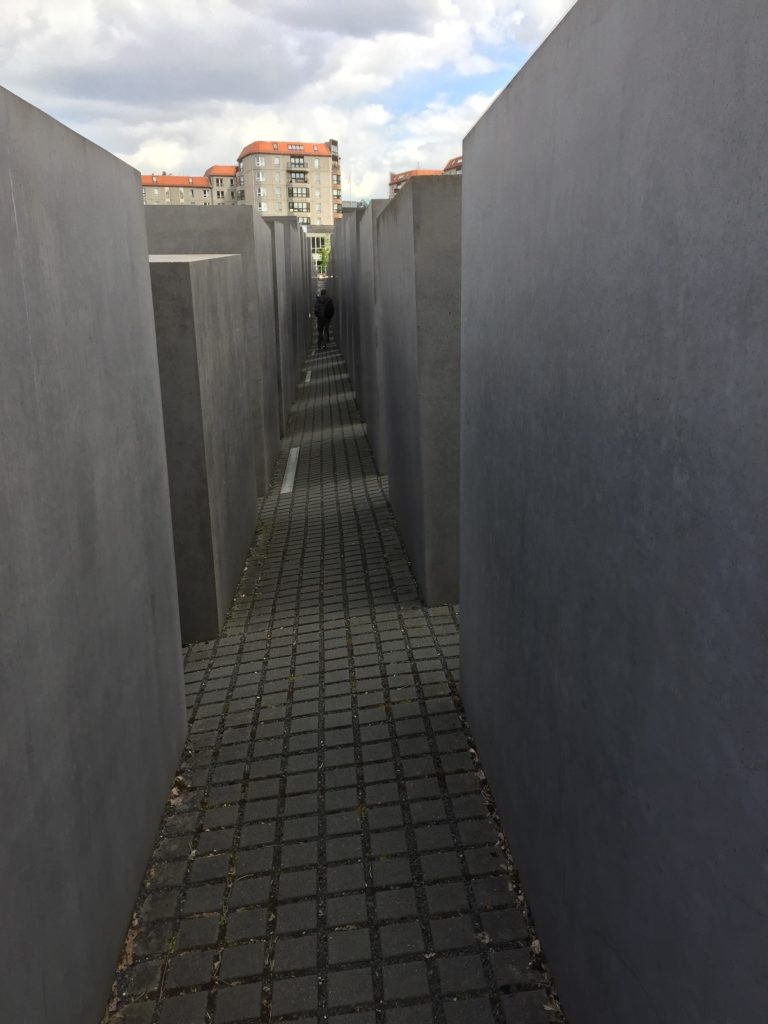 Ok, so, get this: there’s a old airport called Tempelhof airport, right? When it was open, it claimed to be one of the oldest commercial airports in the world. It closed in 2008 and sat unused and abandoned for years. Apparently, the city didn’t know what to do with this land. Do they develop it? In a referendum in 2014 the citizens of Berlin voted to keep the space as a park indefinitely. Now it’s known as “Tempelhofer Feld” and it is HUGE. 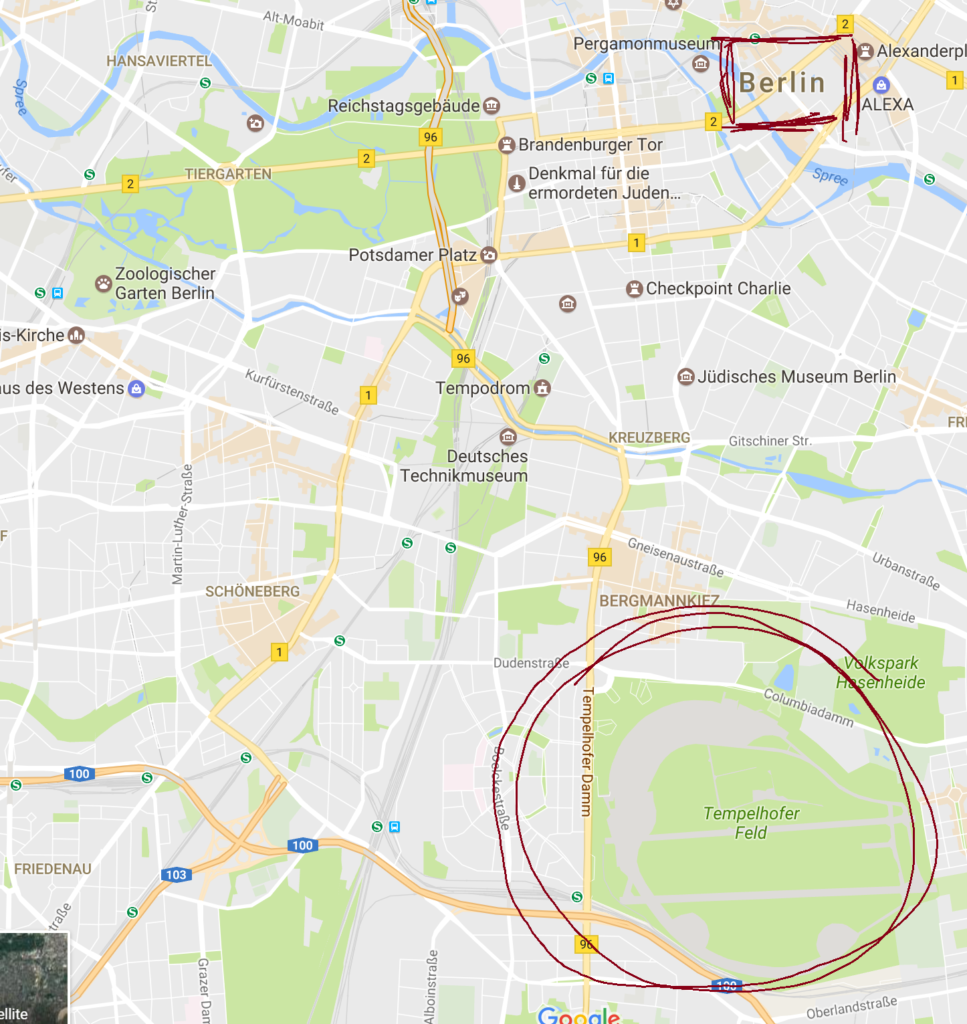 Have you ever walked on an airfield tarmac? I haven’t. I had no idea just how large landing strips are! I mean, I’ve taken off and landed on them quite a bit, but to walk from one end to the other takes a long time. Jackson and I walked down the landing strip at this park and it took us a full 30min. There are signs posted around that say things like: “BBQ area 15min walk” Cool. Huge portions of the park are devoted to nesting sites for migrating birds. As we walked we heard them chirping and fluttering all over the place. 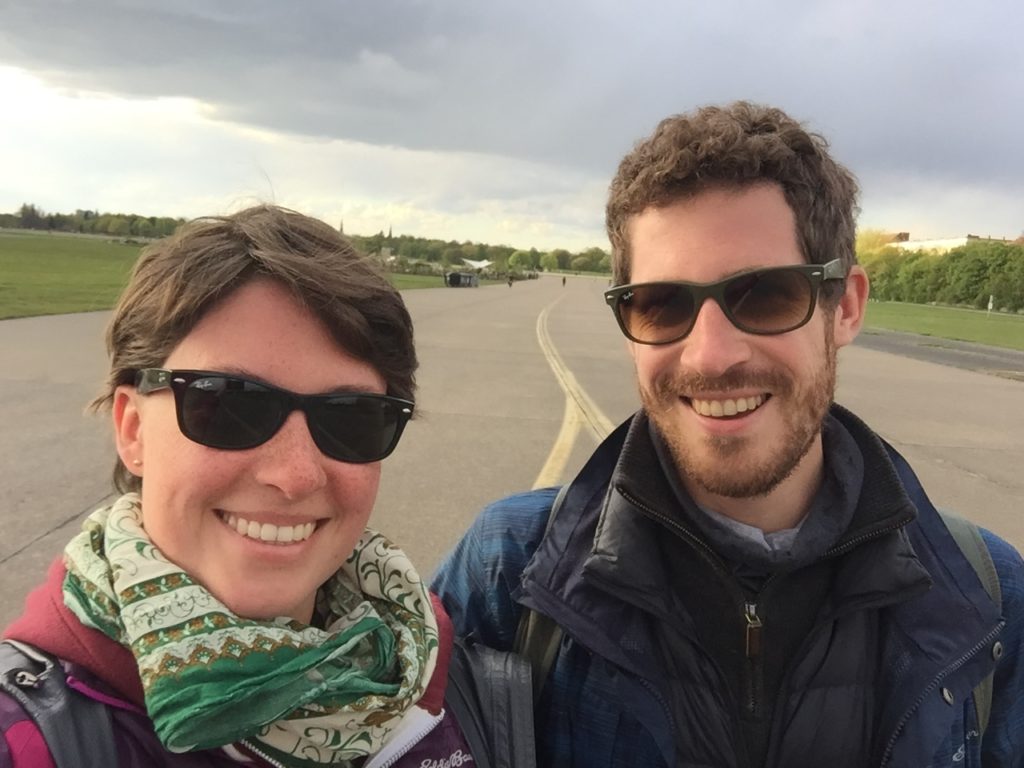 This was, honestly, my favorite part of Berlin. It’s free to see and it is really worth a trip! I had a lot of fun taking up as much space as I could.

Other highlights of Berlin included the Pergamon Museum on Museum Island. Entrance was about 12 Euro ($13USD) each. It was a cool museum because it showcased beautifully restored Ancient Greek, Egypt, Persian, Turkish and middle-eastern art. Worth a trip. 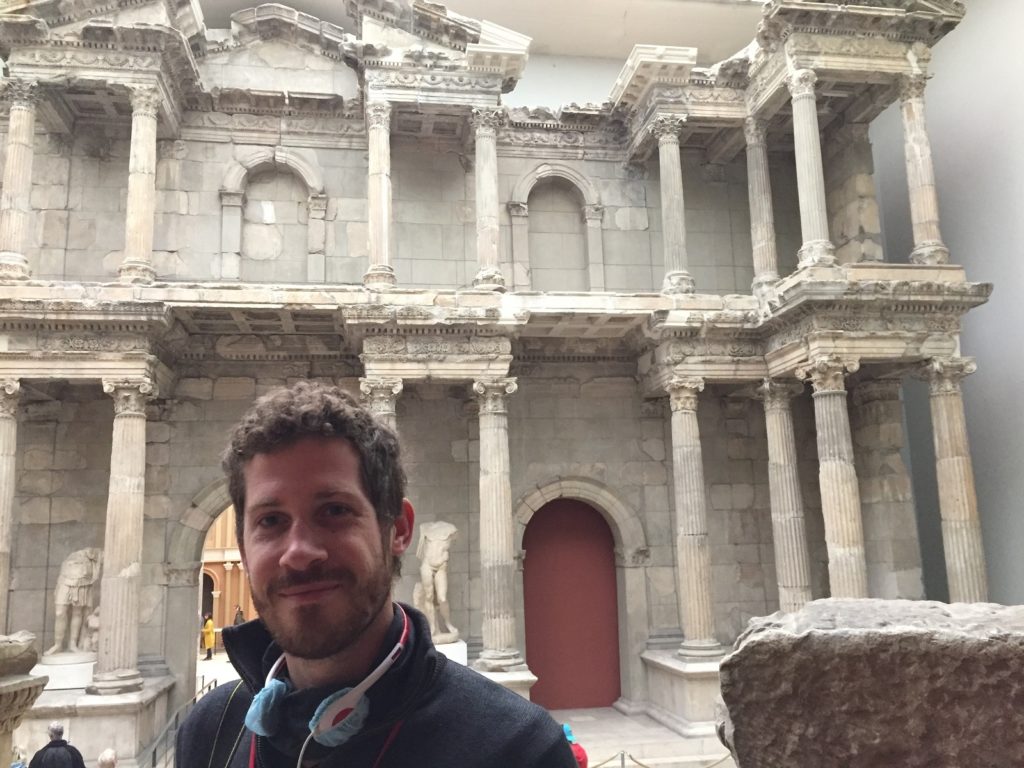 Walking through and around the Tiergarten is also a wonderful way to kill an afternoon. The park felt empty, especially on weekday afternoons. I loved how the din of the city melted away as we walked deeper into the park. Sam explained that after WW2 the residents cut down the park’s trees for fuel in order to heat their houses during the winter and that it was used as a place to grow vegetables for the locals as well. So, really, much of the park as it is today is only a few decades old. It didn’t feel that way. As you walk up to monuments in the park you can read and see pictures of the destroyed version after the war and the restored version today. It’s quite interesting.

One of the most famous monuments in the park is the Berlin Victory Column. It’s a shining golden angel on a tower that stands over the trees. You can’t walk past and not notice it. We decided to climb to the top to get a view of the city. The entrance was 3 Euro each. The views at the top are nice, but nothing magical. What was really wild was counting the bullet holes in the marble at the base. Large pieces of the metal mural along the bottom were simply blown away. What a scar to touch and witness.

Speaking of scars: the Berlin Wall is one large one. It snaked itself around Berlin and as a remembrance to what was, you can see the markings of where the wall used to stand in the streets with different colored stones. We went to check out the East Side Gallery which is a memorial to the wall. It’s covered in art and stretches 1,316 meters (4,317ft). It’s free to view and very poignant. The art is at times silly, sad and provocative. It was sobering to see the wall that used to keep people apart being used as a message of peace and living proof that walls don’t work.

Jackson and I also enjoyed walking around the city and trying different markets and neighborhoods on for size. I liked imagining what it would be like to be a local there: cheap rent (but for how long…?), lots of good cheese and sausage, big spaces to play in. I guess the problem I had ultimately was that Berlin doesn’t feel like it had a true identity yet.

At one point in Berlin, we went on a free tour around the city to get some perspective and learn some history. At the end of the tour our guide explained that the city as it is today is only about 30 years old and is still defining itself. I got that impression. But, what didn’t make sense to me was how completely different this was to Munich and Cologne. Isn’t Berlin the largest and most powerful city in Germany? I guess, not yet? Munich was wealthy and very, well, German: clean, organized, full of old buildings and lederhosen. Cologne was German as well: organized, clean and full of sausage and beer. I associate Germany with all of these things and it didn’t feel like Berlin was any of that.

What is Berlin? For me: a ton of promise, but still in it’s 20’s (even though it’s got a history that’s hundreds of years old, too) and it’s brooding over what it wants to be.