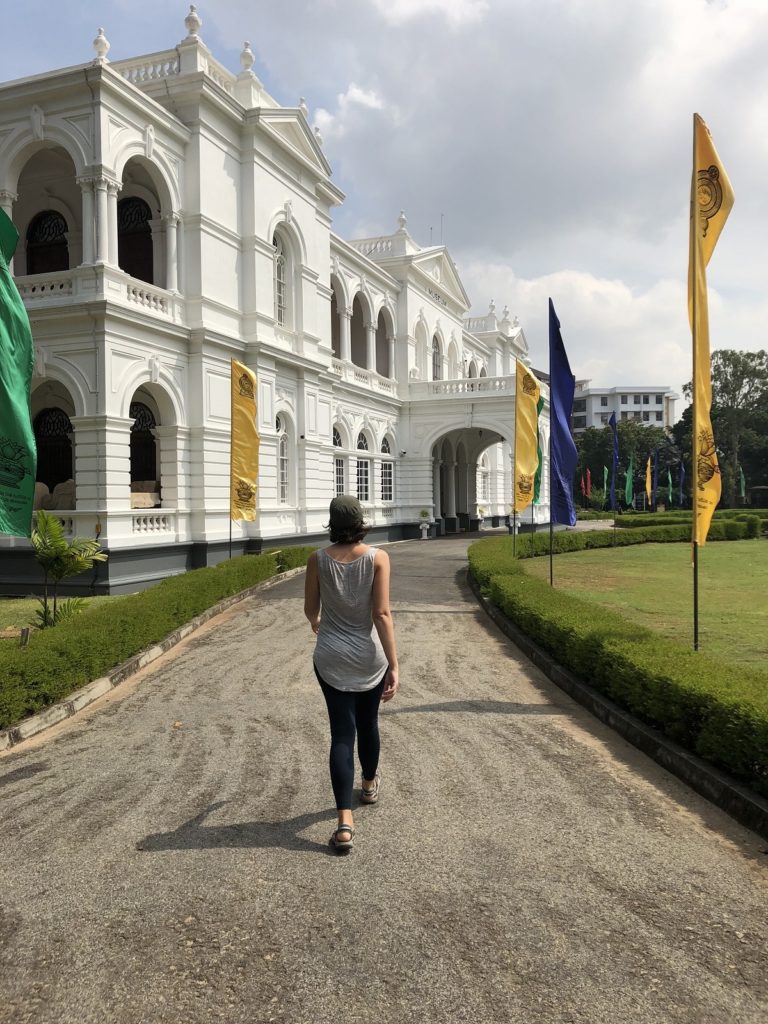 As far as capital cities go, Colombo has a long way to go to catch up to other Asian counterparts. That said there are still some Colombo points of interest to check out!

It is, however, in the midst of a massive change and will (hopefully) gain more interesting and tourist friendly places in the coming years.

Colombo is the first point of entry for travelers who will fly into Negombo and then likely catch a bus or car into the capital. Most bloggers will say to skip it and for good reason.

Having now been to Colombo twice, I can say with a certain degree of confidence that this place is really not worth more than a day’s worth of stuff to see and do. That said, if you do find yourself here these are the places we’ve seen. I can’t say all of these places are a must-go, it’s more that these are ways to spend time before you catch your train to Kandy…

I’d call this Colombo’s Central Park. It’s a work in progress, but it is being lovingly cared for by groups of people who will sweep up the detritus with straw brooms and tend the plants. The park is dominated by couples who sit in shady corners and snuggle each other. It’s really romantic, actually.

Next to Viharamahadevi park this beautiful piece of British colonial architecture stands like a white gem. The museum itself is alright. There are some interesting pieces of royal belongings, old stone carvings, and a detailed history of ancient Sri Lanka. I was enthralled by the building, though. Wow. It took us about 1.5 hours to see the whole museum and tickets were 1,000 LKR for adults (about $7 USD), or 1,200 LKR if you want to go to the National Gallery as well (we didn’t).

It is a temple, but I think calling it “Your Aunt Gladys’ Asian Collection of Chachkies” would be a more accurate title. This is an ambling complex of half finished rooms, display cases full of dusty cameras, watches and crystals, and all the ivory tusks you can imagine. There was one room with some amazing buddhas in it. Worth going? Eh… Tickets are $2 USD per person.

Just a hop, skip and a jump from the Gangaramaya temple, this little park floats in the middle of a green pond in central Colombo. It has sweeping views of the city and gives the visitor a nice break from the rumble of traffic. Plus, the whole park is coated with lovers canoodling in every corner. The temple is also $2 USD and is really small, but the rows of golden statues are pretty and make for good instagram photos.

As I write this, this area is changing. In 5 years, it’ll be unrecognizable. As it stands now, however, it’s a mess. The “green” part is not well maintained, so I’d describe this as more of the “Galle Fort Dusty Brown”. The city of Colombo is expanding out onto a man-made landfill peninsula that dubs itself the “Colombo Financial City” a city of the future (and the super rich, from what it looks like in the pictures).

There are some shops that open at night in little green stalls that dot the edge, so I’d go at night if you want to buy any snacks. Otherwise, you’re staring at a whole lot of cranes and construction.

This is the part of the city with a lot of fancy hotels, the presidential palace, and a marked amount of Colombo chaos. Hawkers will spot a tourist from 100 feet away and charge after them to ask if they want anything. I’d come here to see/eat at the restaurant Ministry of Crab, or get some shopping done in little Sri Lankan boutiques.

Plopped near the train station, this would be a good excursion if you have time to kill before boarding your train to Kandy or wherever else you’re heading. This is a beautiful mosque, a striking piece of bright pomegranate and white stripes that really sticks out. You can go inside for a free small tour, just make sure you bring a scarf that covers your shoulders.