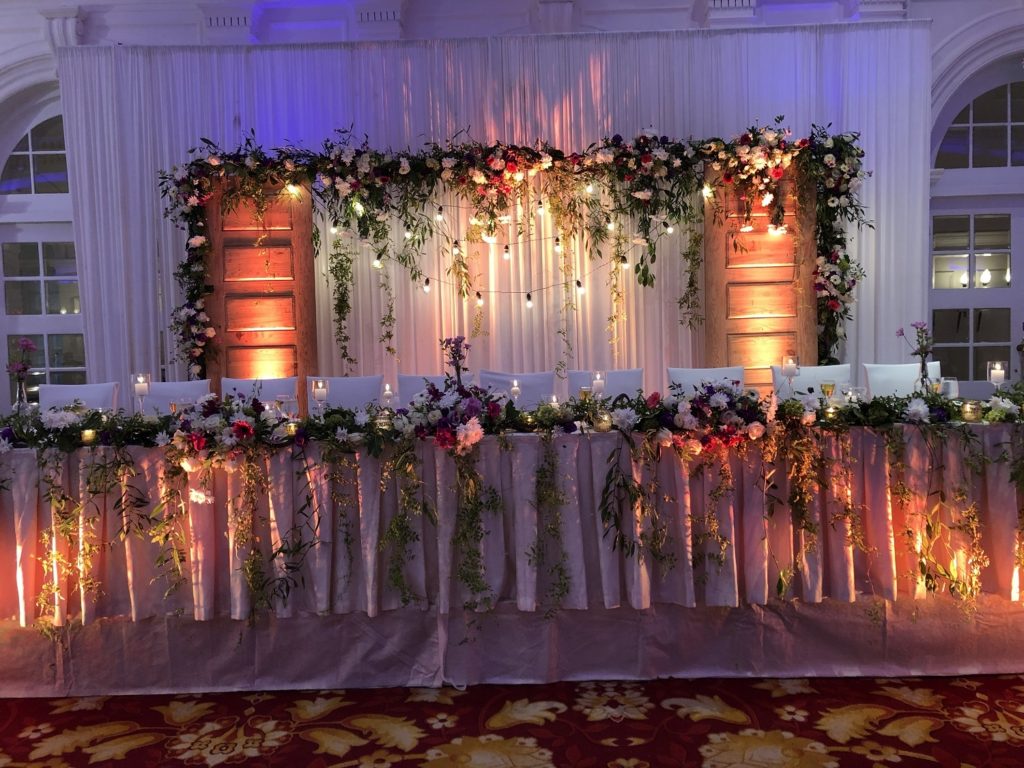 It was different from a western wedding, but also had elements that were similar.

Some of the similarities were that he wore a suit; she a white dress. There was a cake. There was a live band playing the hits. It was held in a large hall with white set tables and plates of different sizes and flowers in the center. There was an exchange of wedding rings. There were speeches made.

Ok, so how was this different? Let’s start with the entrances.

I suppose, in western weddings the man will take his place at the altar with little fanfare to await his bride who will probably march in on the arm of her daddy to the organ blasting “Here Comes the Bride”. In Sri Lanka, you could hear the drums from the next room. The groom was paraded into the hall behind several traditionally clad men who chanted and drummed with one of them blowing a conch shell every so often! It was epic.

In the center of the room they did some crazy-ass back flips, too. I wanted to raise my hands to applaud once they were done, but the room was so silent I abstained. Huh. So, they don’t applaud at this type of thing?

Then the bride’s procession came next. She was marched in on the arms of her parents as sexy dancers carrying rose petals and flames danced her in. There was no back flipping for them, but it was very pretty. 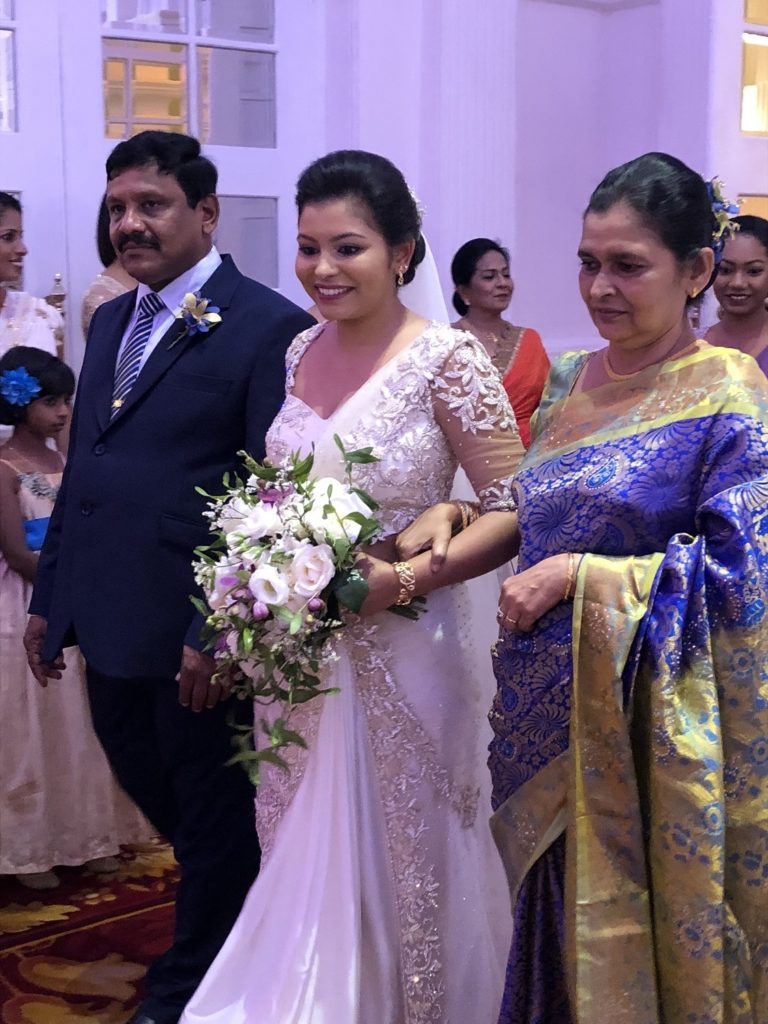 The ceremony consisted of a lot of chanting by the officiant. There was a lot of bodhi tree leaves used and much waving of said leaves. I couldn’t understand a word of it.

The parents exchanged gifts. The fathers blessed (?) their children with some liquid (I think coconut milk?). And then the couple was let down from their altar as someone chopped open a new coconut. No kissing! But really dramatic end!

The wedding party then walked over to the wedding cake and the bride and groom cut a slice together. That’s pretty standard. Then, after they each took a bite from the piece, everyone else took a bite of the piece, too! Mom, dad, cousins, uncles, aunts… I couldn’t believe so many people could take a bite of this piece of cake. A part of me was expecting the bite train to continue until every guest had had their crumb… Thankfully, it didn’t!

Then there was this massive champagne tower that was filled with champagne. As we watched, servers brought us all our own glass of bubbly, which I put to my lips to toast before realizing it wasn’t champagne. It was really sweet and I don’t think it was alcoholic.

The speeches were short and sweet. There was a first dance. And we were all served a massive buffet dinner at 9pm. Suddenly, quite a few more guests suddenly showed up. I was told that was normal, many people will skip the ceremonies and just come for the free grub.

The strangest part of the night for me was getting called up to the dance floor to dance with everyone else. Jackson and I did, but as we danced the majority of the room sat in their seats and stared at all of the dancers. There didn’t seem to be much idle conversation, either. Just people staring at us. I couldn’t look at the room after a while because I would make eye contact with a dozen people. It was really strange. Is this a normal thing?

We ended the night by taking a taxi back to our AirBnB around 10pm. No drunken debauchery here (although I did manage to have a few swigs of arrack- a Sri Lankan liquor made of coconut milk- the wedding would have felt wrong if someone didn’t drink at least a little!).