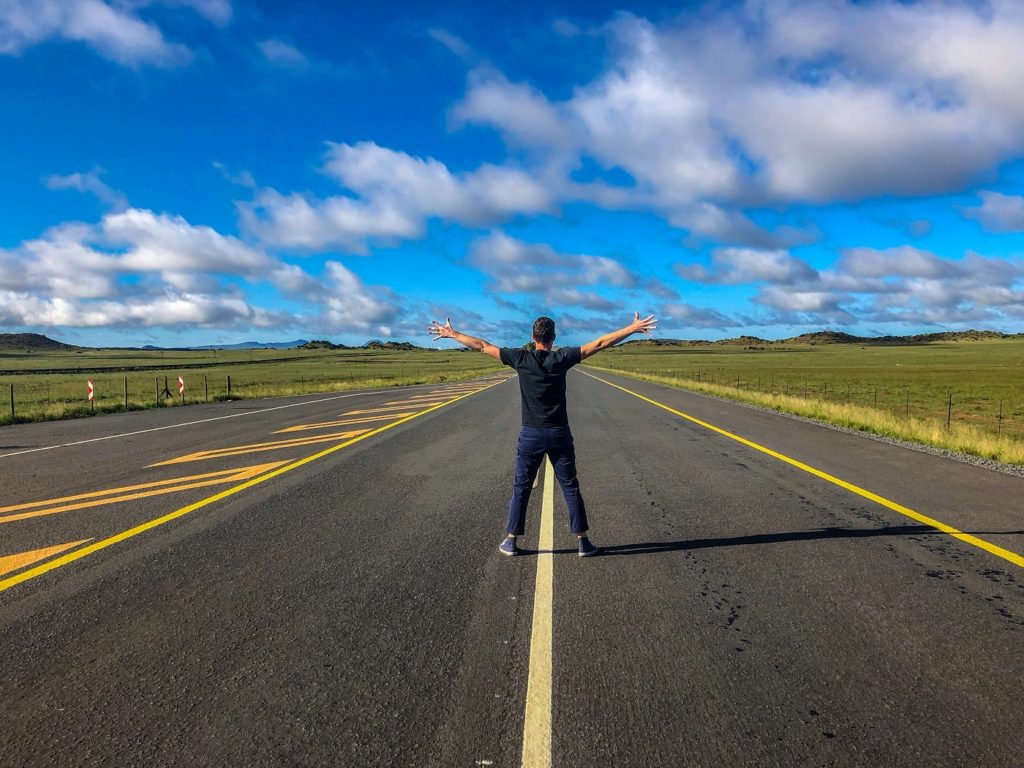 We had to motor, literally, from Johannesburg to the coast in a couple days. What is a 1,139km/ 708mile trip took us mostly through some seriously empty country.

I mean: there was nothing but rock, bushes, road and sky.

That being said, there is an austere beauty to the empty.

Over the course of 4 days Jackson drove us down toward the coast. The Garden Route- famed for its hiking trails, pristine rivers and beaches- awaited us.

Honestly: back to back days of 5 hours drives can be brutal. We broke it up by spending some nights at homestays and farms along the way. You can read about our first night at Lionsrock Big Cat Sanctuary here and catch some photos Jackson took of the animals here.

Our second stop was in Colesburg: a city about as interesting as its name would imply. We did, however, experience an EPIC thunderstorm that ravaged the night so badly we lost power (!!). Thunder and lightning boomed around the empty savannahs and hills. The rain came down so hard it was cascadiing down the inside of the door. What a ruckus!

Pressing on, we stopped at a delightful Farm-to-table store (they’re called Padstals here!) 30min outside Colesburg where we had meat pies and enjoyed the rocky view.

The landscape was looking very lush and green, a real surprise considering we’d been told over and over that there was a drought. The owner of the padstal told us that two weeks ago the rains came and that the land was finally getting the rainfall it needed. She said that had we shown up two weeks prior we would have seen a very dead and dry looking countryside. Yikes.

The Holland Farm Stay we booked outside of Zebra National Park was run by a very talkative farmer with what looked like permanent tan lines where his sunglasses sit. The farm was gorgeous: lush and green! Bursting with life! The farmer explained that they’d gotten more rain in the last few weeks than they usually get in a year! He wasn’t kidding: that night it pissed down rain for a while, causing the small stream that trickled over the driveway to swell into a full river.

On Holland Farm Stay, there was a little meerkat that the owners had found abandoned in a field. Rather than leave it to die alone, they gave the meerkat to a cat who had just had a litter. The cat raised the meerkat like one of her own and this little, strange creature runs around the farm thinking it’s a house cat! The meerkat’s name translated from Afrikaans to English is “Fishbone” because when they found him, he was very very skinny.

Fishbone was a curious little guy with long claws he would use to dig out grubs from the earth. He had small very sharp looking teeth that he would smile at us with. We were all a bit freaked that this meerkat came to say hello, but eventually Jen’s heart was melted completely and the two bonded like best buds. I wanted nothing to do with this creature: I was happy to watch the bond and take pictures and then softly kick the scoundrel out of my room (he stank!). 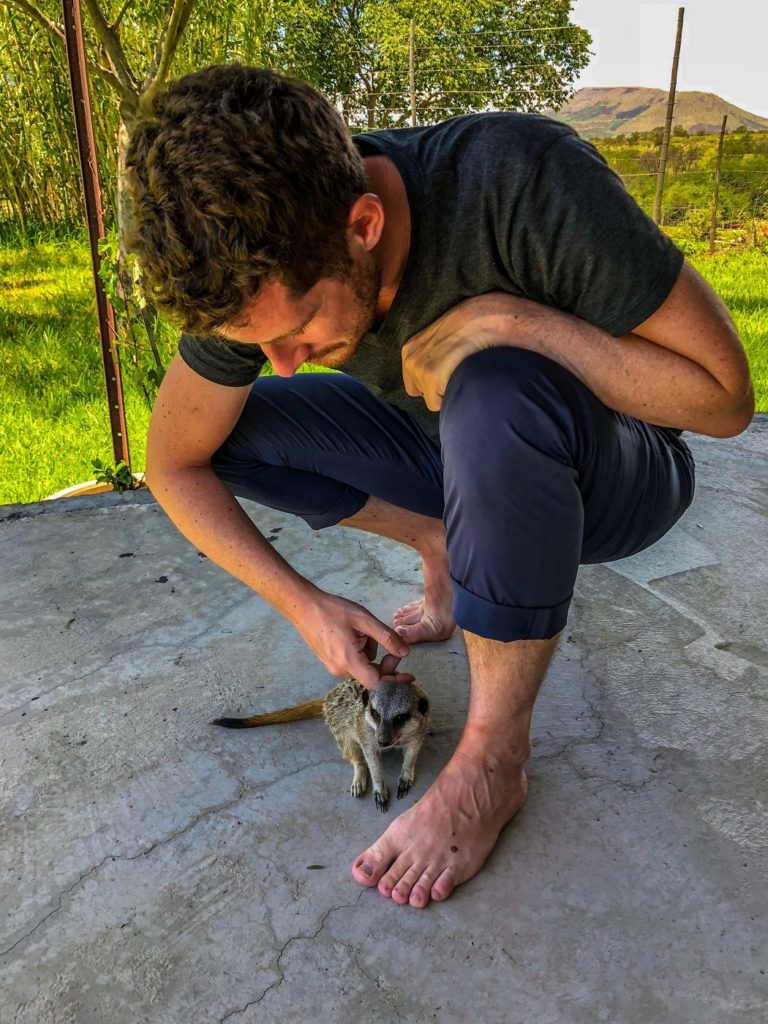 The last leg of the drive was from Holland Farmstay to the coast. It would take us 5 hours to get down there. What we didn’t anticipate was just how EPIC the drive would be!

We drove through an entire cloud front. It got so foggy we couldn’t see the road signs!

We drove through empty, dry, open road that stretched for miles.

Our little 2-wheeler turned off the highway toward the coast. On our Google Maps it read as an “R” road with 4 numbers after it. The safety of the “N” roads faded completely when the highway devolved into a bumpy dirt track.

“Are you sure this is the highway?!” Jackson asked.

I checked again. “Yes. I’m Sure. This is the only road that leads to the coast from here!”

Jen bounced in the backseat and joked that we had driven onto a hiking path rather than a highway. “This is what a hiking path in LA would like.” She said.

The car lurched forward and we prayed that the damn thing would keep moving.

Oh, god, did we pray our tires wouldn’t deflate, or our fender wouldn’t crumple or that we wouldn’t lose control and go careening off the side of the very tall mountains we were going up and down. I mean: these mountain ranges were epic. They marched off into the blue distance and continued from there, I’m sure.

At one point, as we pitched and rolled our way forward, Jen spotted a Baboon! A real live baboon! Then Jackson and I saw the butt-end of one, too! Holy cow! We’re in Africa!!