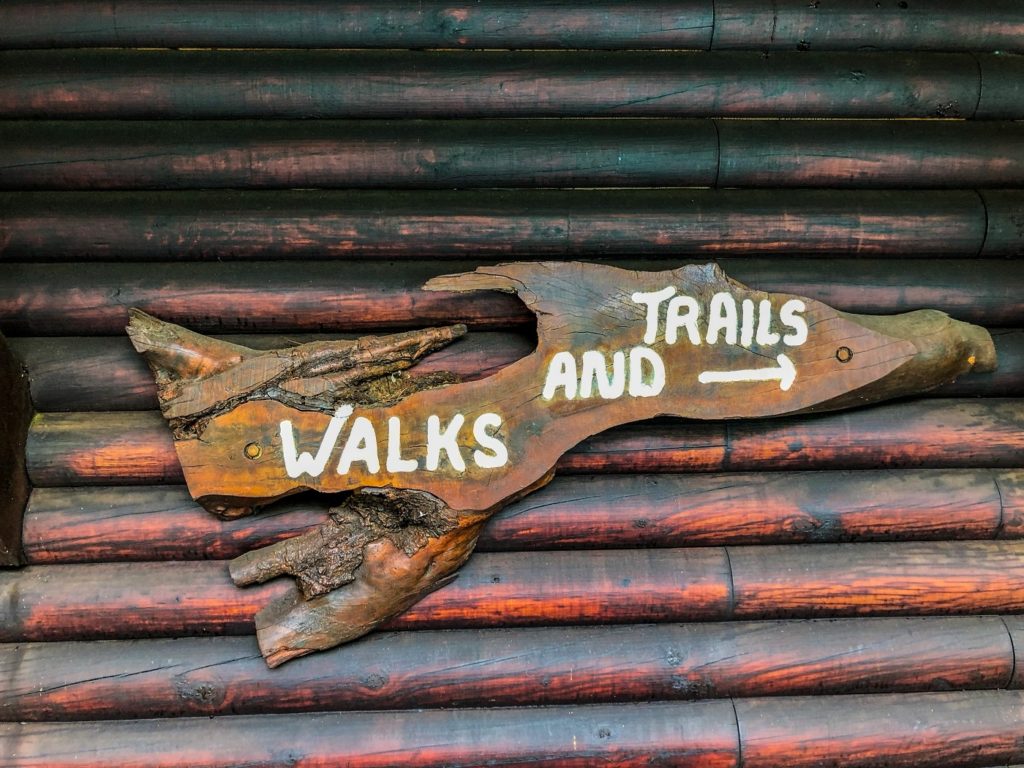 The Striptease trail is everything an avid hiker could want from some Tsitsikamma adventures: a challenging walk over boulders and trail, ample places to take a dip to refresh oneself, and stunning scenery. Just make sure you bring plenty of water and food because this will take several hours to hike!

Some Directions and Tips to Get to the Striptease Tsitsikamma Hiking Trail:

To get to the Striptease trail, you’ll first have to drive to Tsitsikamma Lodge up the road from Thornham on N2.

The Tsitsikamma hiking trail is out the back of the lodge, past lodge house number 17. You’ll have to check in at the front desk and give them your name so that they know you went back into the forest. They’ll also give you a map of the route with handy time estimates on it!

We didn’t pay any entrance fee.

In total, the hike took us about 4 hours with an hour-long break in the middle to eat lunch and bathe. It also depends on how many pools you’ll want to jump in along the way!

There are no bathrooms along the trail.

One more note: this is a challenging walk. If you have knee problems, or trouble squatting many, many times this will not be a comfortable experience! Also expect to be gone for several hours on your Tsitsikamma adventures so leave early!

We started on the Tsitsikamma hiking trail at 10:45am: a horizontal path dug through the still conifer tree farm behind the lodge. The sun wasn’t out yet. The weather report had told us that it would make an appearance later that day, but it was still chilly.

Hiking down into the gorge we saw the river which was stained brownish orange. My Eastern US experience told me it was polluted. Water doesn’t look like that! Jackson said otherwise. “According to the internet, it’s stained because of tannins in the leaves and soil.” Huh. So, it’s tea.

Jackson went on: “In the guide from the lodge, it says that the water is really clean. You could drink it if you wanted.” He squatted down by the bank for emphasis and pooled a handful of water in his palms. I watched, fighting down my anxieties about a rotting baboon putrefying the river water upstream and ultimately killing the love of my life, as he took a sip.

The hike is called the Strip Tease trail because it is named after the pools that collect along the Tsitsikamma hiking trail. The rock (limestone?) has been carved out over a long period of time by the river and formed pools that have been named very silly names like “Bikini Pool”

“Topless Pool” and “Bottomless Pool”, etc. (directions for the article of clothing you should take off when you dive in!).

Would I recommend this for Tsitsikamma adventures? Absolutely. It was one of the best hikes I’ve done.

The three of us had a lot of fun stripping off our clothes on the striptease trail and being in the wilderness naked, because why not? We were the only ones there!

We jumped into the tea river at the end and it was divine! Cool, refreshing. We sundried on the pebbly beach as we ate our lunches.

The only thing I would caution against is taking the mountain route back to the lodge. In an attempt at a loop, hikers can take the high road back which walks along the crest of the mountains and gives the walkers views of the gorge and river from above. This part of the Tsitsikamma hiking trail sucked: it was badly maintained and the underbrush was so bad we were worried we’d lose site of the trail.

Plus, we all got covered in cuts from all the scratchy bushes and leaves. Definitely avoid this part of the striptease trail and just go back the way you came in.

We finished the day around 4pm after starting our Tsitsikamma adventures at 10:45am! A great day!

This Tsitsikamma hiking trail was part of a bigger trip in South Africa that included 3 weeks of driving across the country in early 2018. You can find plenty of information about what we saw and where we went as well as what it’s like to drive there. 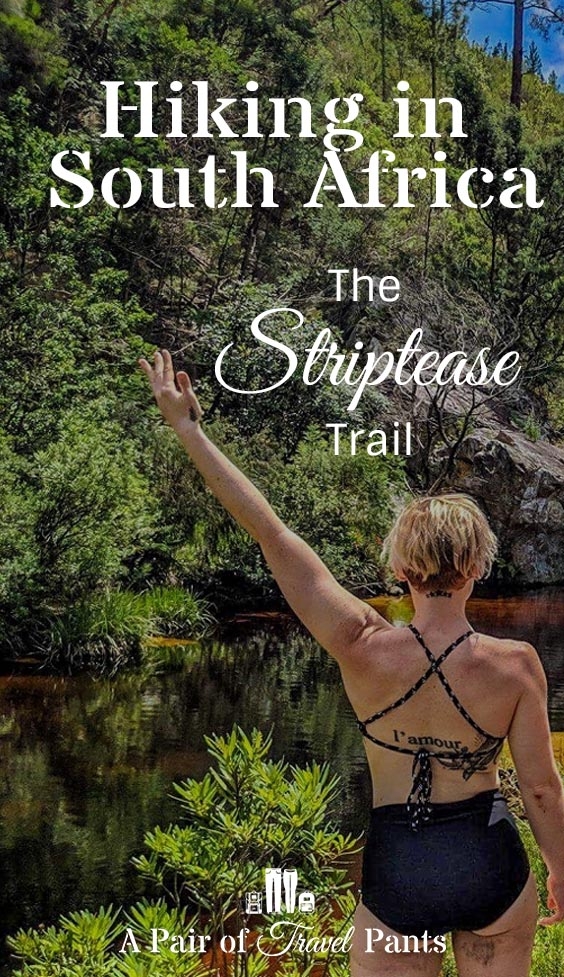