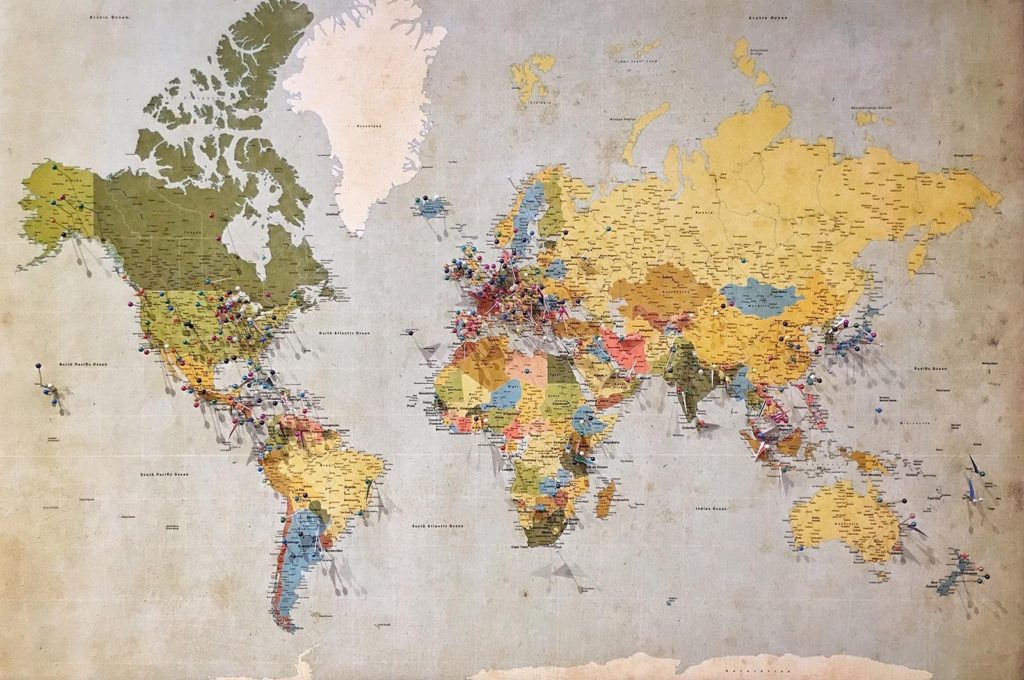 We finished our second big trip (Big Trip 2.0), so we figured it was about time we shared a few statistics about it! We chose to spend a good chunk of time in Africa, revisited a bunch of favourites, and got some time to explore in our home country…

Before we get started with the Numbers…

How did this trip actually take shape? Well here goes…

Time in Each Region:

This trip was a bit different from our last, in that we spent a good portion of this one road tripping our way across the countryside! For the Southern African, American, and European portion of our trip, we rented a car. Aside from driving, we did the usual combinations of flights, trains, buses, and taxis!

How We Got Around

For the first time, we also kept a rough estimate of how long we spent traveling with each mode of transport. Despite the number of flights we took, the time we spent driving far eclipsed the amount of time we spent taking all of those flights.

To put some of these numbers into perspective, those 177 odd hours of driving we did are the equivalent of driving for 7 days straight. The total amount of time spent in transit? We could have sat through the entire extended cut of the Lord of the Rings trilogy 27 times, and still had some time left over. Tempting, I’m sure…

We covered some huge distances on this trip; including our flights, we made it 15.61% of the way to The Moon!

It’s also interesting to compare the average distances we traveled on any given driving day. Given the size and lack of population density of Namibia and Botswana, it’s no surprise that an average trip was pretty far. On the other hand, South Africa is equally as huge, so it came as a surprise that our average was much lower there. Overall, the distance we covered while in Southern Africa would have taken us from NYC to LA, and back!

So there you have it! A bit of a look at where we went, and how we got there! Keep an eye out for the budget breakdown of this trip, coming soon. In the mean time, feel free to check out the budget of our first 6-month trip.

Got any questions or remarks? Let us know in the comments below!